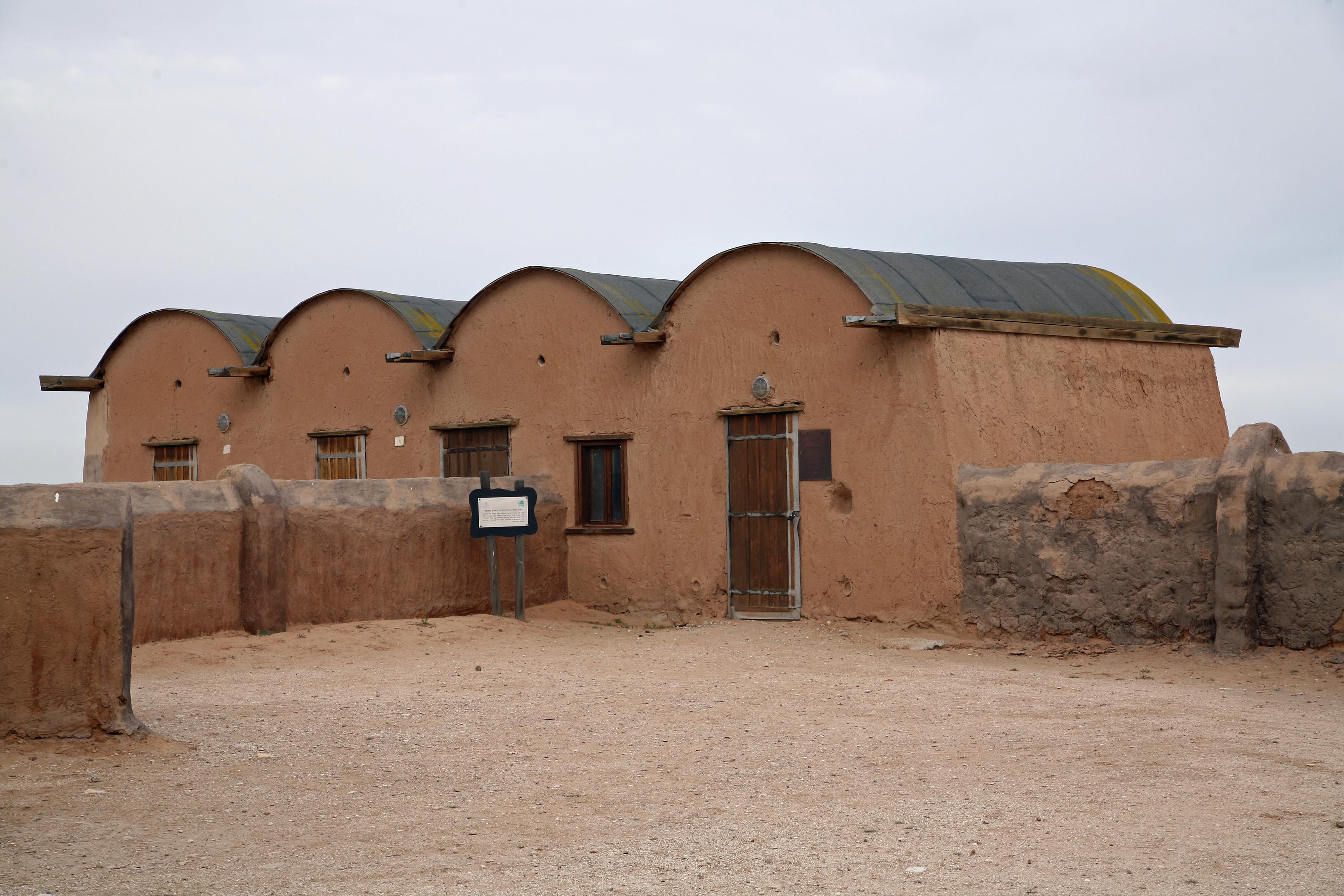 Site of the original kibbutz

A visit to Mitzpe Gvulot gives fascinating insight to the beginning of Zionist settlement in the Negev.
The mud bricks (adobe) of which the walls of Mitzpe Gvulot are constructed hold within the story of the first settlement in the renewed Negev desert. Our story begins in May 1943 and continues until this very day!
Mitzpe Gvulot is the first among three sites which were established in 1943 and symbolizes the beginning of settlement in the Negev. During the visit, guests will go back to the mid 40's of the previous century and experience the daily challenges of the first pioneers in the Negev. Visit the diamond refinement shop that operated here in the 50's, and experience a close-up view of the incredible story of how water was brought from the Galilee to the Negev, with the establishment of the first pipeline to this desert region. 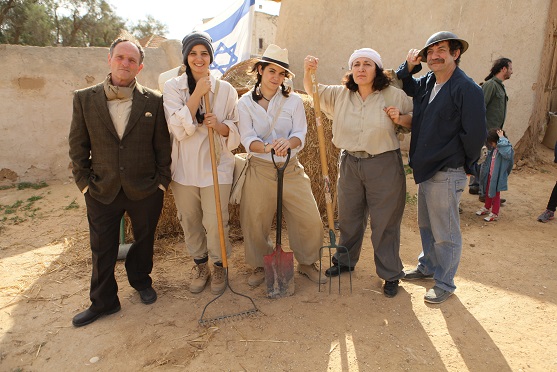 Join us for a magical  experience of desert hospitality

Re-enacting the pioneering days of the first settlement in the Negev, established in 1943.  The program takes place in the original compound set up by the first settlers who came to establish a modern community in the barren desert in the south of the newly forming State of Israel.
Mitzpe Gvulot – (Original kibbutz site) was the first site of the beginning of Zionist settlement in the Negev.
This program simulates the original lifestyle of the first pioneers.
Participants take part in preparing the evening meal and take part in a fun and creative drama activity whereby they re-enact through drama the living conditions and challenges of 1943.
After the meal, the participants join around the campfire, hearing stories from local residents and sharing experiences of their own.
Duration of the activity: 3 hours 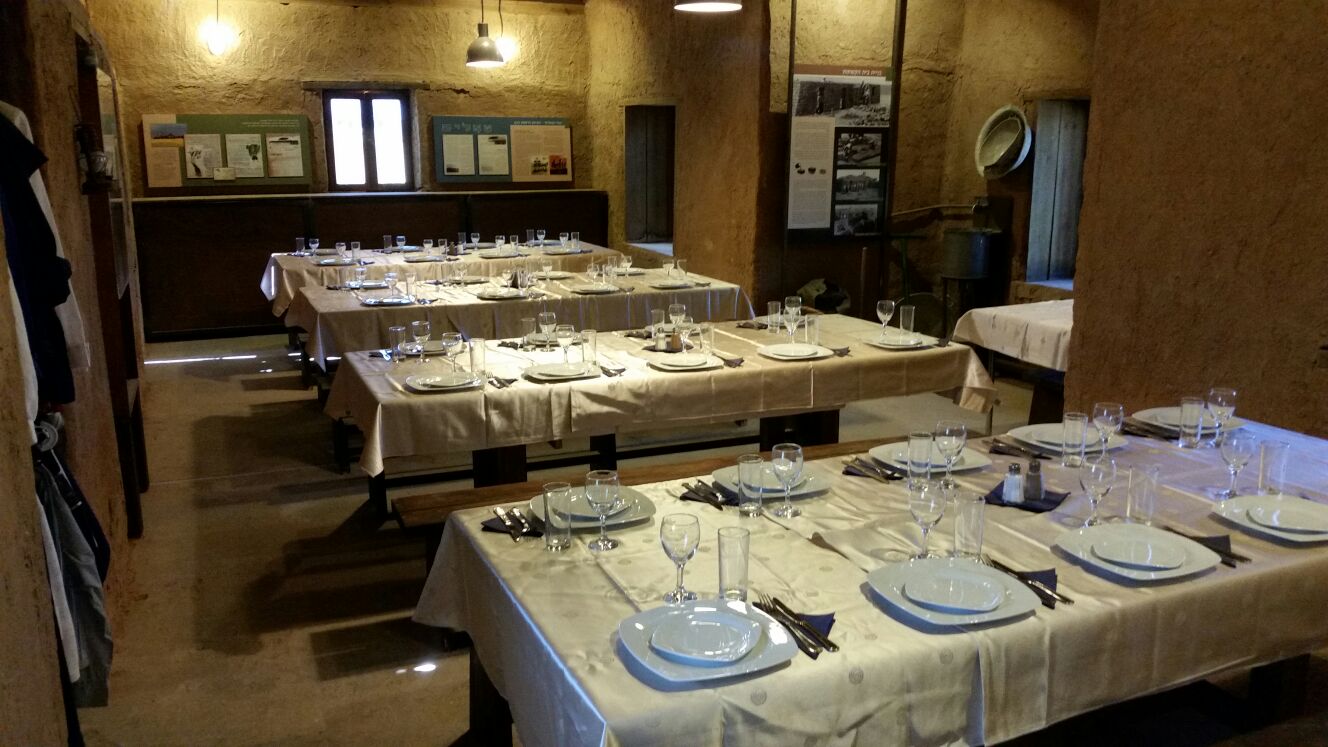 Dinner in the Desert

Guests at Kibbutz Gvulot have an opportunity to  dine with locals in the Kibbutz dining room, in itself an interesting experience.
Groups may also take part in a special activity in the old site of the Kibbutz at Mizpe Gvulot.
There, the participants convene in the old adobe built structure and experience the original site with an emphasis on the pioneering spirit of Negev desert living in 1943.

Dinner is served communal style, and accompanied with stories from days gone by.
The beautifully lit area re-creates the experience of desert communal living in an authentic way. 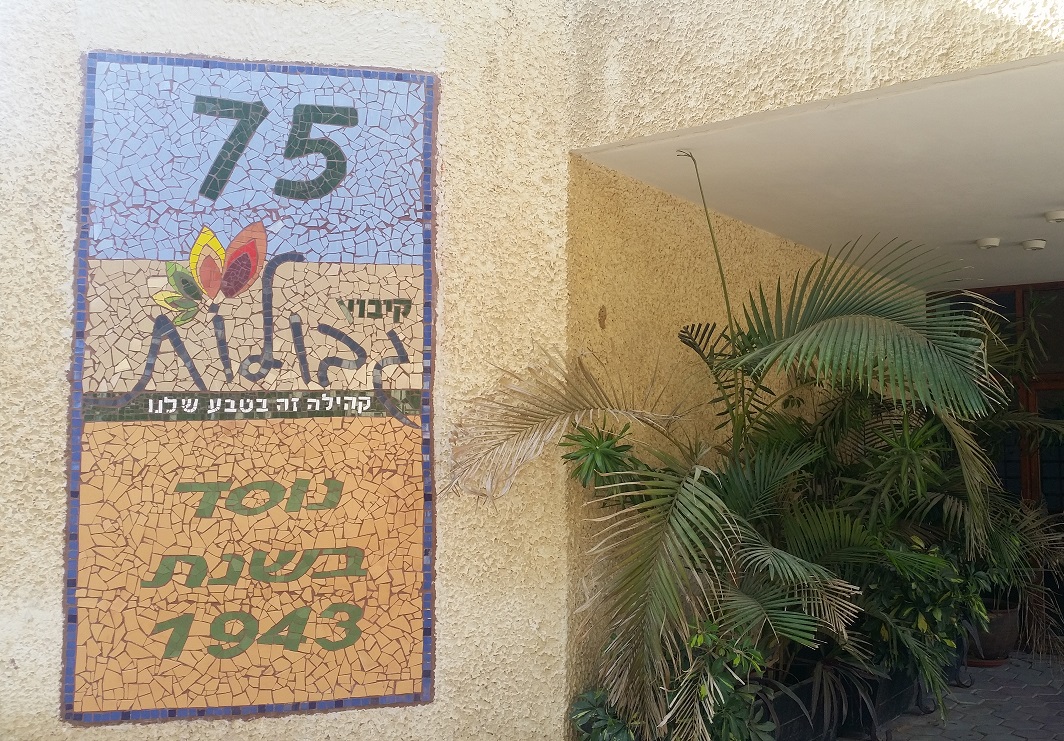 From pioneers in the desert - to modern day entrepreneurs

Early in the 20th century, decades before the establishment of the State of Israel, young Jewish pioneers established the first Kibbutzim - collective farms - the vanguard of the early attempts to create a Jewish political entity, a Jewish State.  Highly motivated and fiercely  ideological, they were dedicated to the principles of socialist, communal living, Jewish physical labor, and the return to Zion.
For decades, the Kibbutz led the way in areas such as security, politics, and the intellectual life of the young state of Israel. Today, these communities, while not as central as they once were to the Zionist project, are still important and influential disproportionately to their numbers.  Less than 3% of Israeli citizens live the Kibbutz life in just under 300 communities around the country, while they make up a far greater percentage in trailblazing innovation and ingenuity in agricultural development, technology,  and various industries.
Our visit to Kibbutz Gvulot, the first Kibbutz established in the Negev desert, will engage participants with some of the contemporary and historical challenges and accomplishments of this unique social experiment. During our walking tour of the community,  you will meet  kibbutz members, hear about the famous children's houses, the communal dining room and some of the industries in which the kibbutz engages. 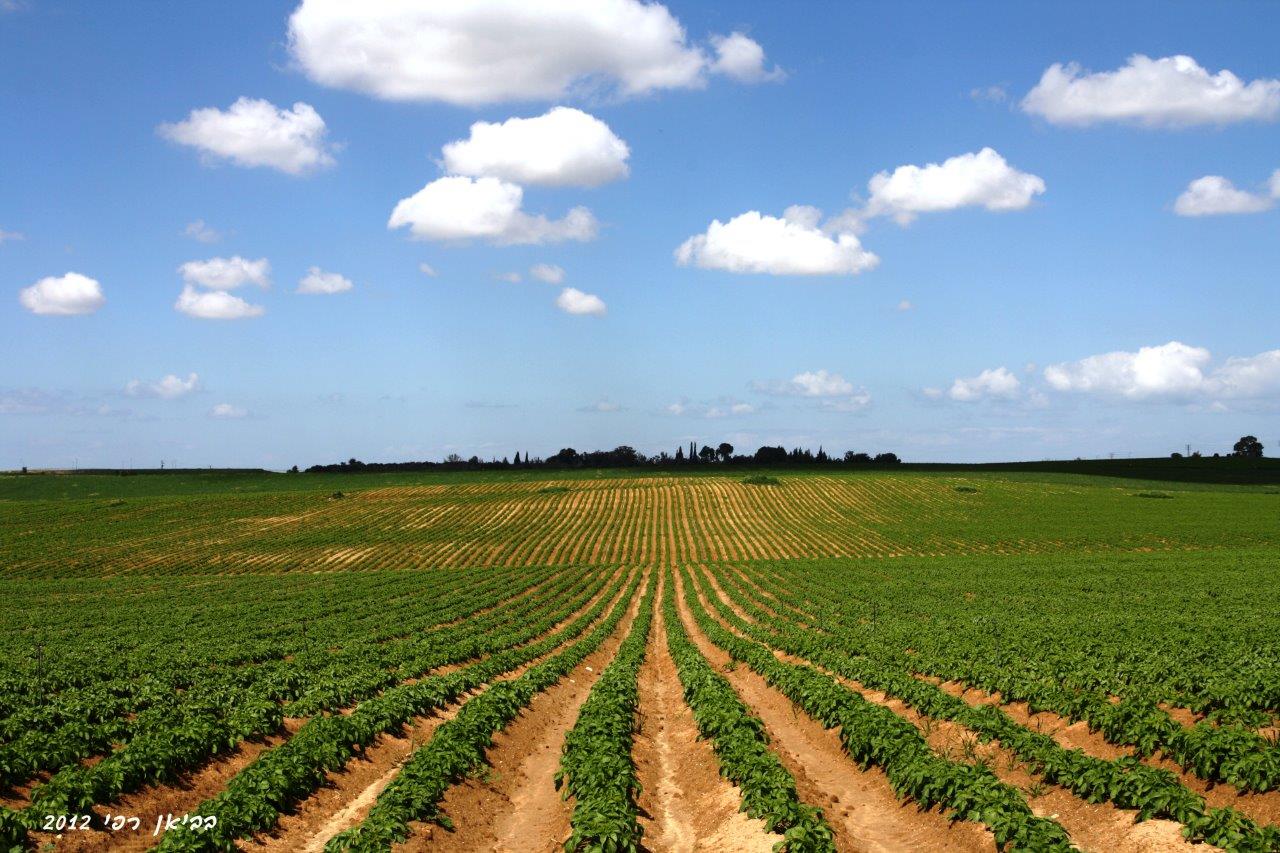 "The Fields' Route"  of the Negev

"The Fields' Route" starts on a dusty winding trail through the desert, the sown fields and the green orchards. This is an experiential introduction to the beauty of agriculture and modern farming lifestyle in the land of Israel, surrounded by the natural Negev desert.
The tour is an introduction to various field crops in Israel’s Negev desert: potatoes, carrots, radishes, peanuts and more.
Guests can take part in a vegetable picking experience, and hear about unique growing methods, water use and organic crops.
We will see water reservoirs, sewage purification methods, and the use of salty aquifer waters, and learn about the differences, and pros and cons of organic and conventional agriculture. 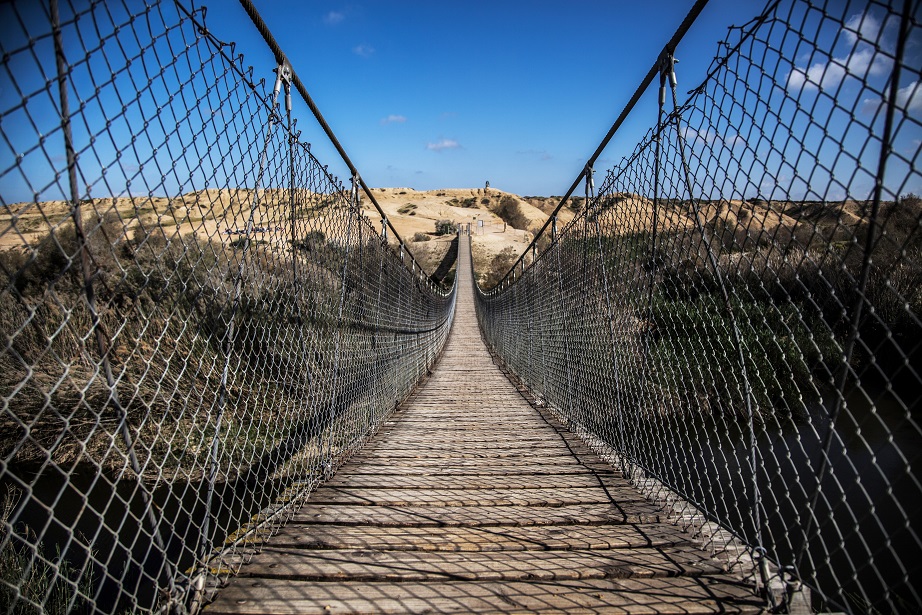 An intimate encounter with life in the region

The "Bordering Gaza" Tour is guided by a local guide from the Kibbutz. Guests experience a fascinating tour in the Western Negev, visiting national sites where different kinds of leadership have been, and continue to be tested, today; Religious leadership, social leadership, military leadership and political leadership. The tour is held with special emphasis on the impact of the Gaza / Israel conflict on life in the region, and includes encounters with the Strip, focusing on the challenges of today.  The tour also includes a visit to the Mosaic floor in the ancient synagogue in Maon, a testimony of the Jewish presence in the Negev post Second Temple period. The  tour includes a visit to the meeting point of three borders, an overview of Egypt, the Palestinian Authority and the Hamas leadership, and a look at some points of light in this complicated junction of borders and boundaries. The duration of the activity is approximately 3 hours.

Get updated about programs and specials